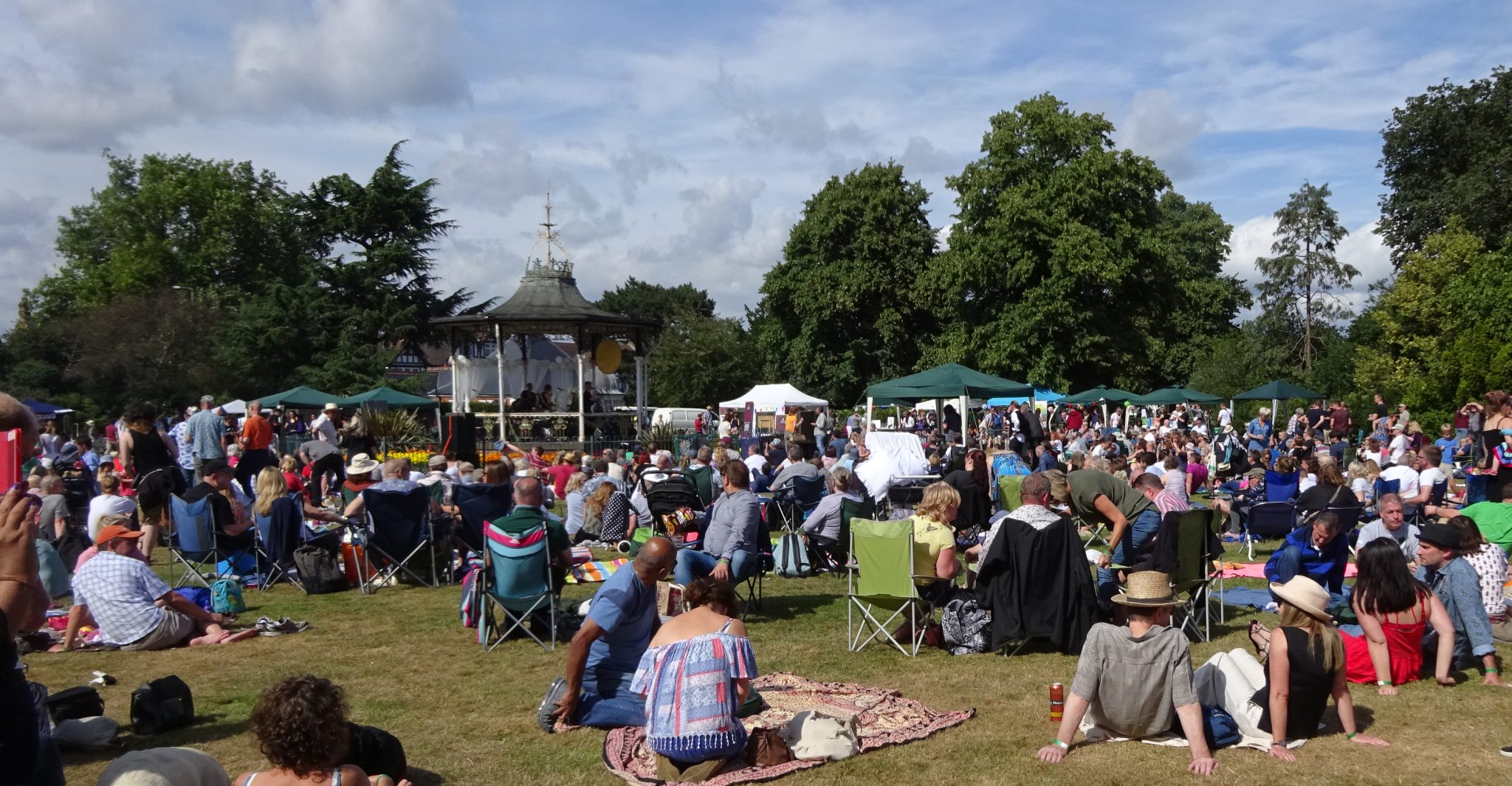 Last Saturday, 13th August 2016, a thousand Bowie fans arrived in Croydon Road Recreation Ground in Beckenham from all over the World.  (Photo by Cliff Watkins)

They were in the park to enjoy the third concert to raise funds to restore the Bandstand made famous by David Bowie’s Free Festival  in 1969.  This year’s  giant gig  began at noon and the crowds were still in the park at 7 pm and well over £10,000 was raised towards the restoration of Bowie’s bandstand which ,we were told, needed £100k to restore.  Including the previous two concerts in 2013 and 2014, The ‘Friends of the Bandstand’ have now raised some £25k.

This year the fans refused to go home and were treated to an evocative rendering of vintage Bowie songs sang by his music colleagues who been with him on the bandstand in 1969.  This was followed by an auction of donated Bowie memorabilia and signed photos, and a message from Tony Visconti thanking Wendy Faulkner for organising the event.

Here is some video of the 2016 event filmed by Cliff Watkins.