Beckenham’s annual May Day Queen celebrations have been an integral part of the town’s heritage and, since they began in 1920, one of the highlights of the events of the summer season centred on the High Street and Croydon Road Recreation Ground (aka the Rec).

A short British Pathe film, from 1932, of the Beckenham May Queen.

In 2003 I photographed the May Day Parade from its start from Beckenham Green at the beginning of the High Street by Beckenham Junction Station. I use many of these photos in this article records the march through Beckenham’s unique town centre as its High Street descends and climbs with twists and turns to the end at the War Memorial Roundabout, thence along Croydon Road,  passing the original Cottage Hospital to reach the main entrance of the Rec.

Looking again at my photos I see that most illustrate, in one way or another, the history my home town.  In displaying the 2003 photos again at the start of 2019, I accompany them with a little historical commentary.

When the May Queen celebrations began in 1920, Croydon Road Rec was the obvious place for them to take place as it was Beckenham’s premier park (in terms of location – adjoining the High Street, and stature (it opened in 1890) and range of amenities which were already in use.

The following four groups of colour photos show a selection of the Beckenham  parades and ceremonies for 2003 and 2014, grouped under the following headings:

1.    2003  the Parade marching along Albemarle Road, into the High Street, and down Church Hill
2.    2003  the Parade passing the George and the Three Tuns to the War Memorial, thence past Beckenham Hospital
3.    2003  the Crowning Ceremonies in Croydon Road Recreation Ground
4.    2014  Photos of the Beckenham and Elmers End May Queens.
To see enlargements of the photo, please click on the first image in each of the four selections. 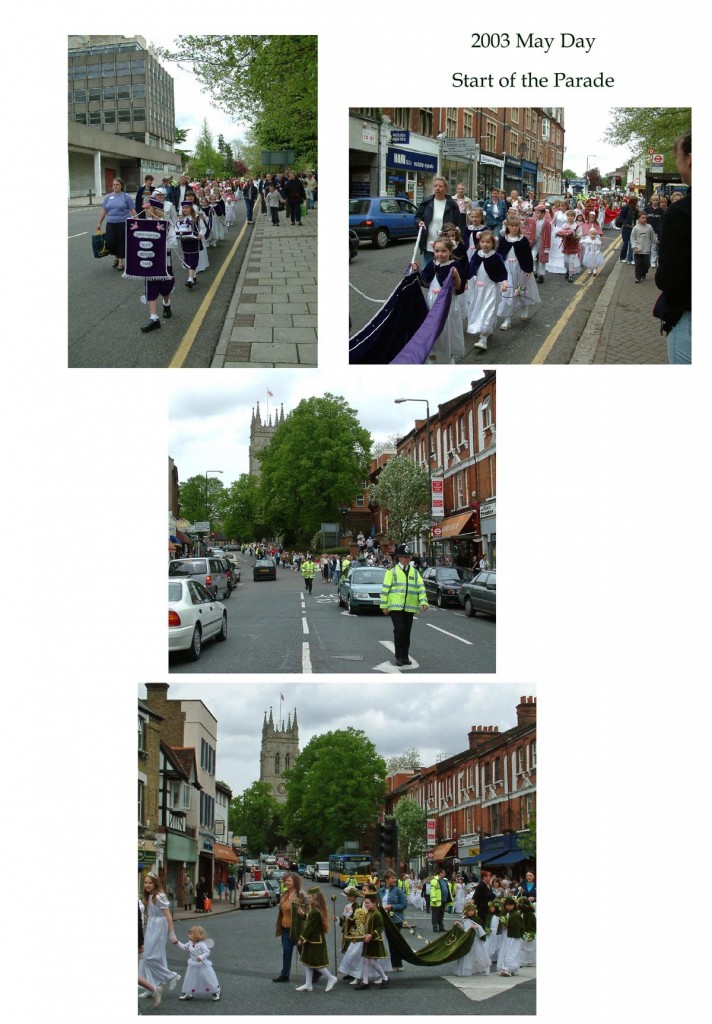 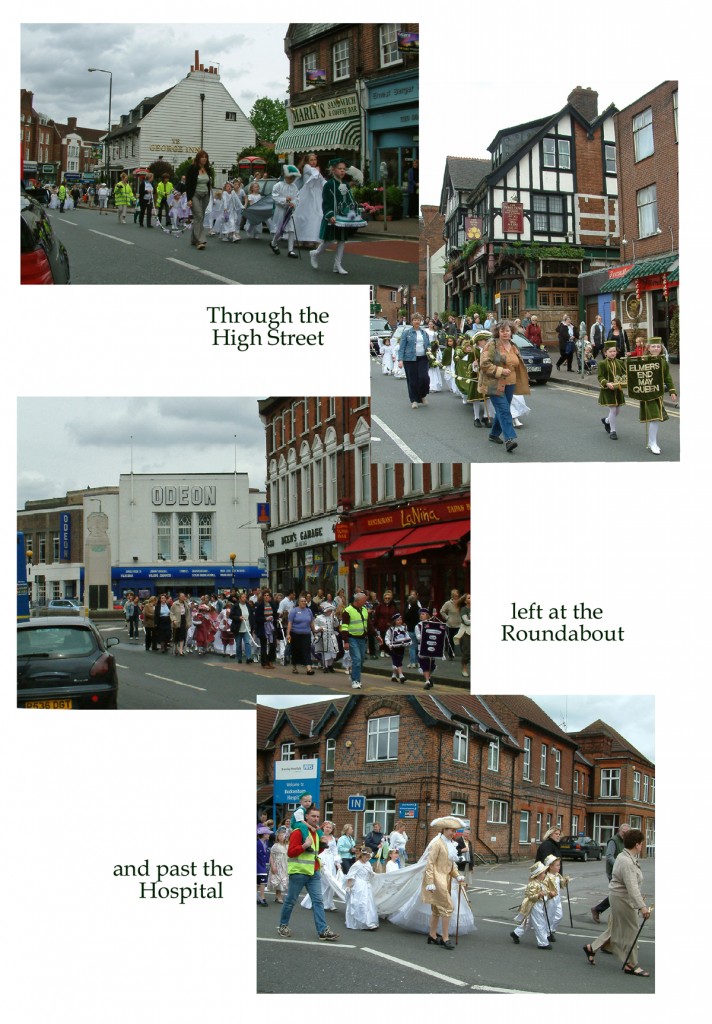 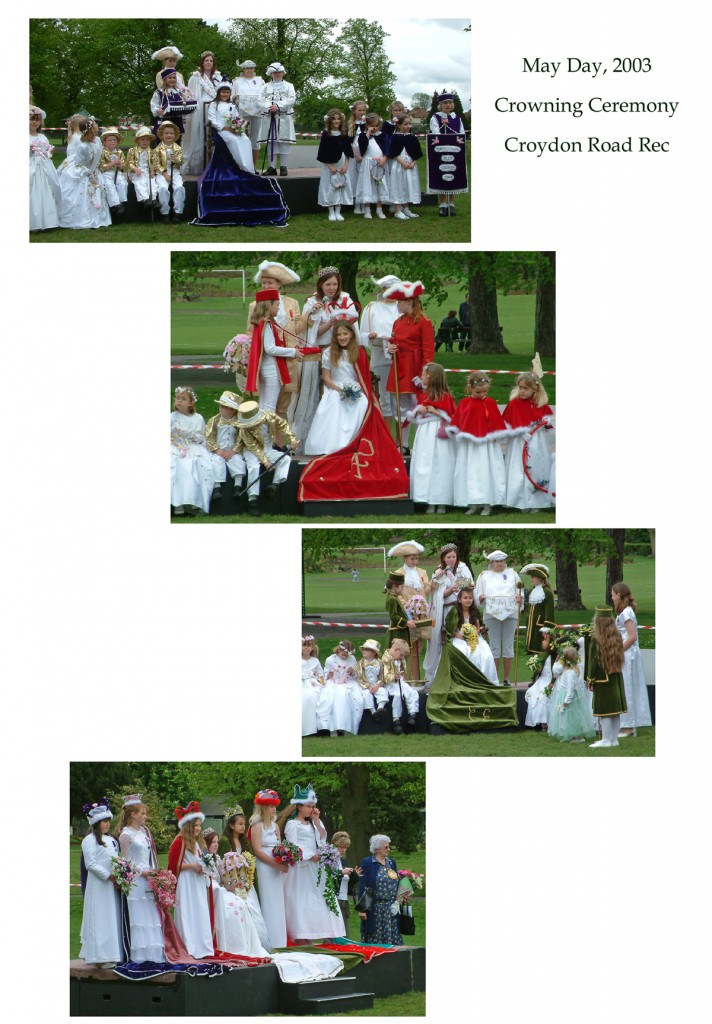