At the age of three months, Enid Blyton arrived in Beckenham where she lived in seven different houses. Life at home was disrupted after her mother successfully petitioned for a legal separation in 1911 following her father’s three years of adultery. At that time Enid was at St Christopher’s  a typical small private school run by two ladies in a large converted Victorian house in Rectory Road, Beckenham. 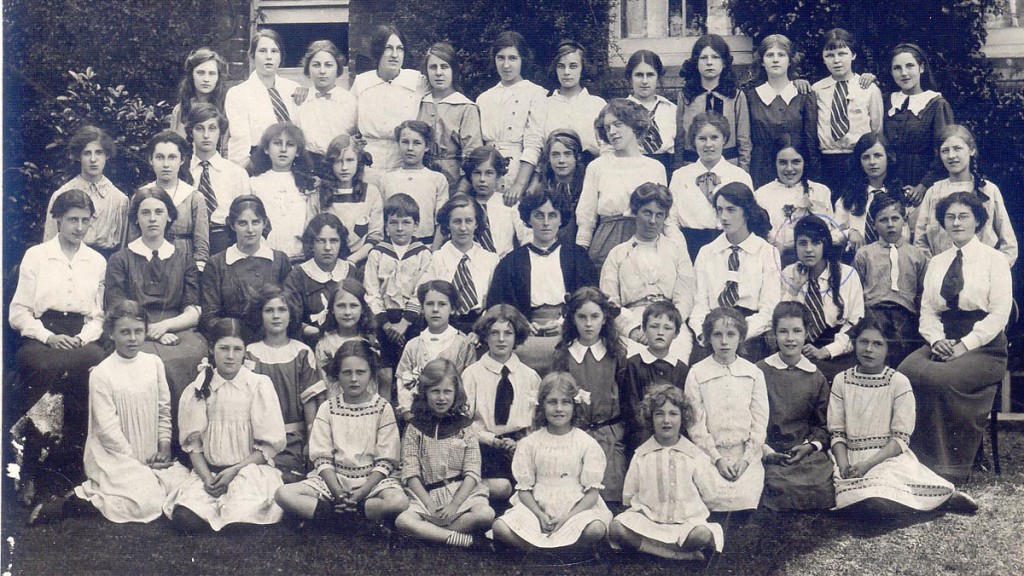 There were just 50 pupils (see photo c. 1914- Enid is seated with tie and a pony tail) and hardly more than ten girls in Enid & Maud’s peer group.  They all knew each other.  Enid was the leader of a group of four close friends – the others being Phyllis Chase,  Mirabel Davis and Mary Attenborough. Enid had being trying for years to be recognised as a writer before her first known published work appeared in 1917. As she explained to her nephew, Carey Blyton forty years later:   It’s very difficult to get a start in anything – I had  over 500 rejections when I first began writing!  You don’t put me off with the tale of your disappointments – such a tale is quite usual – most of our well known music writers would be able to vie with your disappointing beginnings!

The poems were not for children.  Previous contributors to Nash’s Magazine included Joseph Conrad, Rudyard Kipling, and HG Wells.

Who was Maud Dyrenfurth?  There was only one Dyrenfurth family in the UK in the 1911 Census. In 1917 they were living on the border between Lower Sydenham and Beckenham.  Like Enid, Maud might have been a pupil at St Christopher’s School in Rectory Road, a one mile pleasant walk across farmland from her home.

Enid had been trying to have her work published for some time. Was Maud the author of the second poem or did Enid steal Maud’s name to reinforce recognition for her first Nash poem?  If so this ploy worked because Nash published the second poem in June and a third in August.

March 9th 2013 saw the world premiere of Gordon Carr’s setting of the three 1917 poems to music in St George’sChurch, Beckenham. Both Gordon and Enid Blyton came from Beckenham. The musical accompaniment was by members of the Lewisham Concert Band whose DirectorLeslieLake was educated in Beckenham.

Subsequently, the soprano Marie Vassiliou who sung Carr’s songs, and local poets were firmly of the opinion that Enid had written all three of the poems.   In 1917 when the poems appeared in Nash’s Magazine, Britain was embroiled in war with Germany. People who bought the magazines were asked to stick a stamp on the cover and take them to a local post office whence they would be sent to the troops. 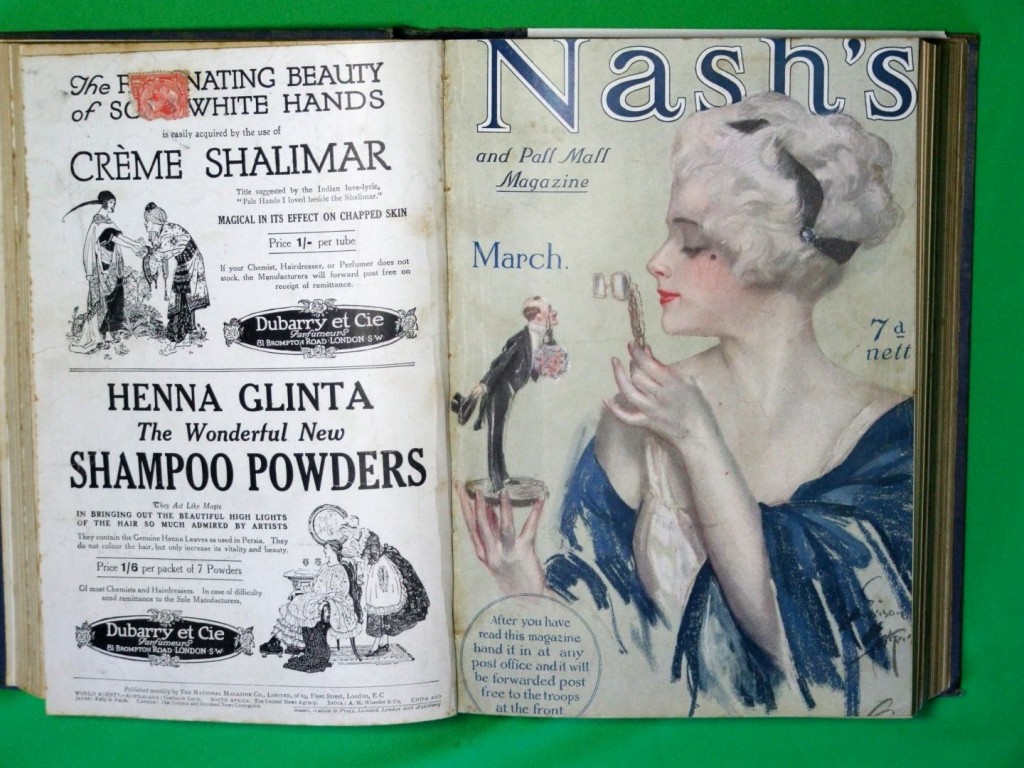 I have yet to learn the thoughts of  any of the front line troops, who spent much of their time living a Hobbit like existence underground waist deep in water and suffering with lice and various diseases,  when they were given magazines advertising beauty soap and shampoo.