Summary of information provided to Historic England supporting a request that the Bandstand be added to the Register of Historic Buildings; EH Ref No 1434796 refers

The Bandstand was built in 1891. This was after the Beckenham Urban District Council, having considered 25 designs from 16 contractors, placed orders for the Bandstand’s architectural ironwork with McCallum & Hope as shown in the illustration below left; and additional orders for the foundations and the outer surround of bow top iron railings.

The photograph below right shows David Bowie on Bandstand at the Free Festival, 16th August 1969, with the Lodge at the main entrance to the Rec. in the background. 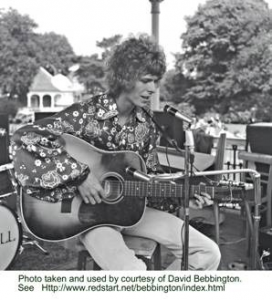 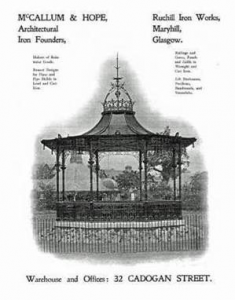 The following colour photos are of the bandstand as it is today; still in place in its original fencing surrounding flower beds which make the bandstand the central feature of the park. 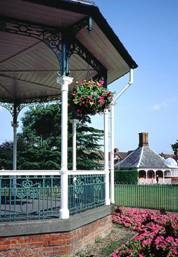 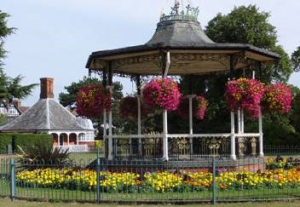 Compiled by Cliff Watkins, designer of the 2001 Bowie Plaque on the “3 Tuns” in High Street .