Beckenham Crematorium and Cemetery  is  the full name for the facility which opened in 1876 as the Crystal Palace District Cemetery  – see poster below. 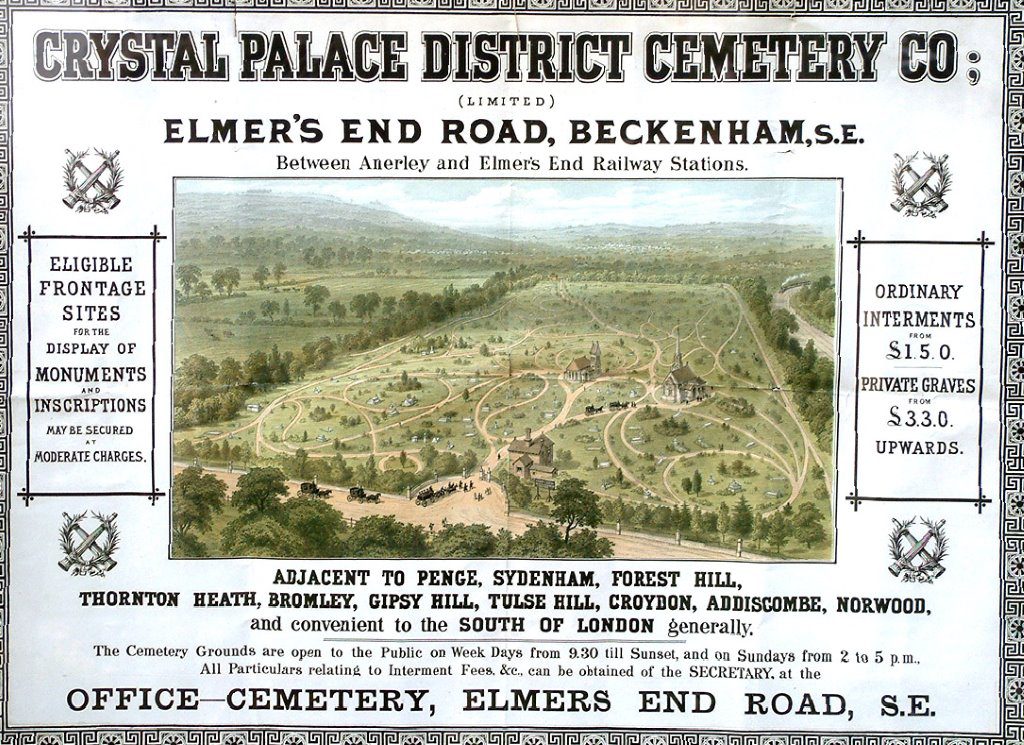 The aerial view painting used in the poster shows that the 41 acre site remains largely unchanged today. After one of two chapels was closed in 1956 the other was converted to provide both a chapel of rest and a Crematorium.

On the right of the picture can be seen a steam train running from Crystal Palace to Birkbeck stations. Today this line has become used jointly by British Rail and the East Croydon to Beckenham Junction trams.

For information about each of 130 World War I casualties who are remembered in the Cemetery can be seen elsewhere on the BHG website here.

In addition there are two memorials to: