BOWIE’S BECKENHAM ODDITY is an annual fundraiser, supported by David Bowie when he provided signed items for auction at the event.

This year the Bowie Archive has donated another item signed by him, more details of which will follow before the festival in August. 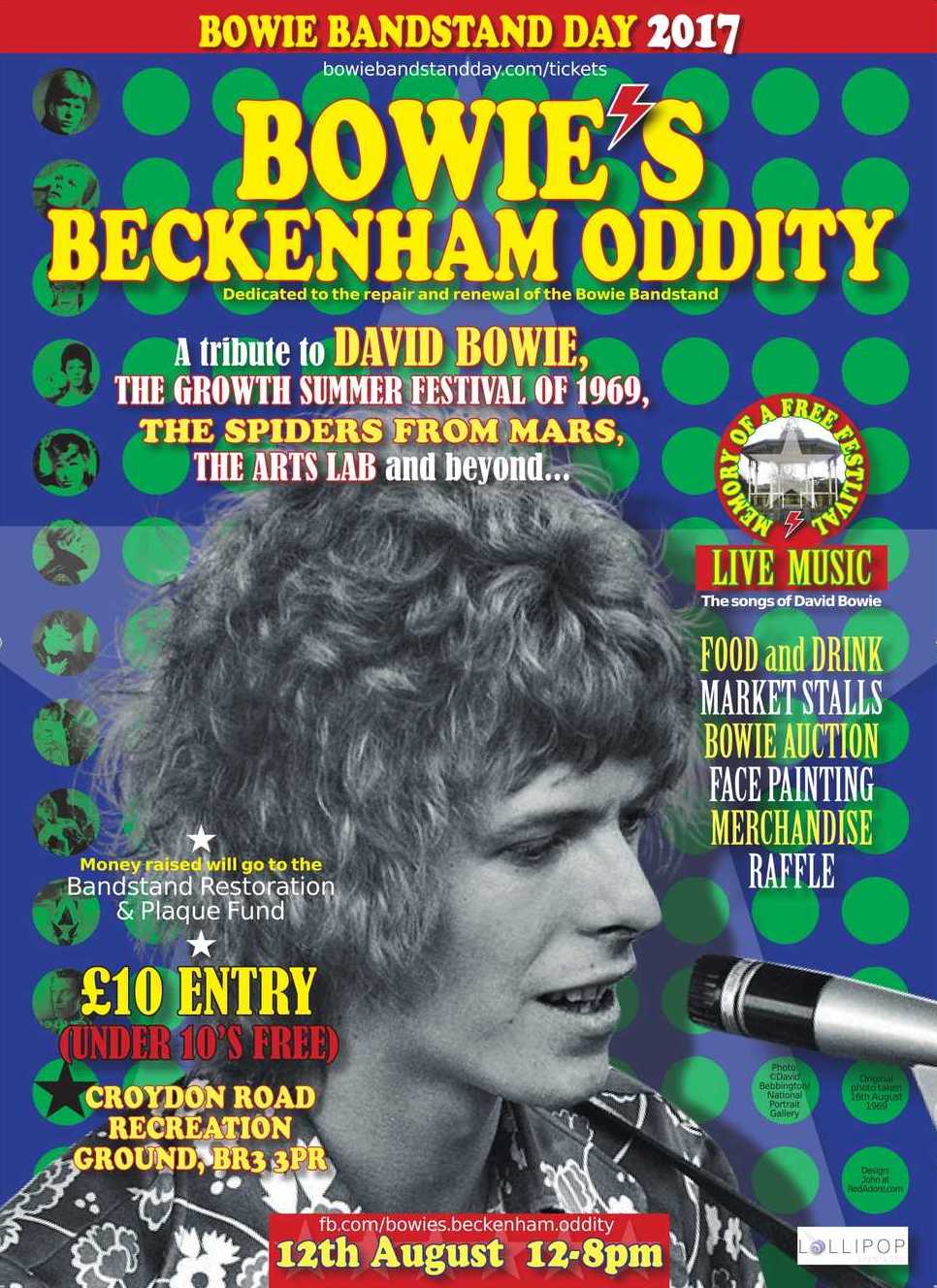 “Someone passed some bliss among the crowd…”

In 1969 a young curly haired man who went by the name of David Bowie co-organised a festival at Croydon Road Recreation Ground, South London. He even later went on to immortalise that day in his song ‘Memory Of A Free Festival’, which also appeared on his Space Oddity album. Bowie fans worldwide – join us in celebrating the life and musical legacy of David Bowie, The Growth Summer Festival of 1969, The Arts Lab, The Spiders From Mars and beyond….

Our celebratory day promises to be better than ever with food and drink, market stalls, merchandise, face painting plus a Bowie themed raffle and auction. This year’s festival kicks off at midday. Our line-up will be announced shortly, so watch this space: http://smarturl.it/BowieBandStand

Tickets are £10 (under 10’s free) and all money raised will go to the Bandstand Restoration and Plaque Fund.

At last year’s event Bowie fans united from around the world and helped raise over £17,250 for the project. The Edwardian bandstand in Beckenham (now named the Bowie Bandstand), will always be the ideal place to honour his memory (especially in the Beckenham/Bromley area), as well as being an important part of local history.

This is the first Festival anniversary year without Bowie. In 2016 we were all shocked by the news of his death as for many of us he was the soundtrack to our lives. His musical legacy continues and will gain new generations of fans around the globe for many years to come. The Oddity event organiser, Wendy Faulkner, had this to say:

“Aylesbury will soon have a Bowie statue as a lasting tribute to the great man, Brixton also has its mural. And so we need the Bowie Bandstand in Beckenham fully restored in his honour and for all the other musicians that performed at that original event of 1969.

Bowie will always be loved and sadly missed by millions of people worldwide, so let’s get this bandstand restored!”

“We’re gonna have a party…”