I had taken some perimeter photos of the 2018 Soultown concert in my local Beckenham Park ie Croydon Road Rec.

Recently, I was delighted to learn the news that Heritage England had given Bowie’s Bandstand in the Rec a Grade II Listing (my own request in 2016 having been turned down). The full press release can be read on the BHG site.

Spurred on by this news, I decided to try and discover more about what went on in this year’s 2019 concert and I went into the Rec aroud 6.30 pm to catch the evening light; hence the title of this article.

The organisers have announced they will be returning to Beckenham on 5 September 2020 for SoulTown 2020. Tickets here

Here is some video of the event filmed by Cliff Watkins.

The main article is here

A picture gallery is here

The following were taken by Cliff Watkins  who organised the previous Beckenham tribute to Bowie in October  2002  when a Plaque was fixed to the wall of the Three Tuns Pub in the High Street where members of the famous Arts Lab met, mused and performed from 1969 to 1974.

The Unveiling of the Plaque on the Three Tuns pub was by Arts Club founder Mary Finnigan who also introduced the Free Festival concert in Croydon Road Rec in 2013.

There is some video of the event filmed by Cliff Watkins here.

Click on any image to see a slideshow. Click on right hand side of expanded image to advance or left hand side to go back

The Beckenham in Colour Millennium Project is a unique and wonderful record of Beckenham at the end of the 20th century. A CD-ROM was produced by the Beckenham Photographic Society showing over 800 photographs of Beckenham. All these photographs are reproduced here under various headings. 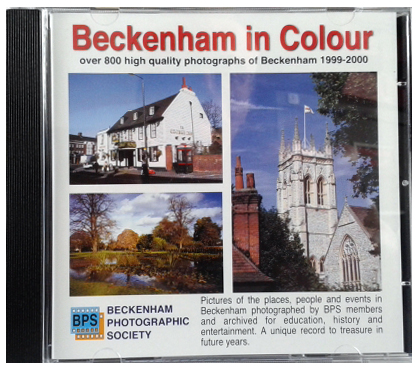 Beckenham Photographic Society (BPS) encourages the enjoyment of photography and better image making through lectures, demonstrations and competitions, as it has done since its beginnings in 1921. They are among the leaders in Kent and South East London embracing developments in photographic styles and technology, while maintaining respect for and appreciation of traditional techniques.

During the 1990’s, BPS was the first to see the potential of digital photography and the use of computers. During 1999 and 2000, members contributed images of life in Beckenham at the end of the last millennium. Some 800 images were scanned and included in the Society’s Beckenham in Colour CD Rom published in 2001. (See above)